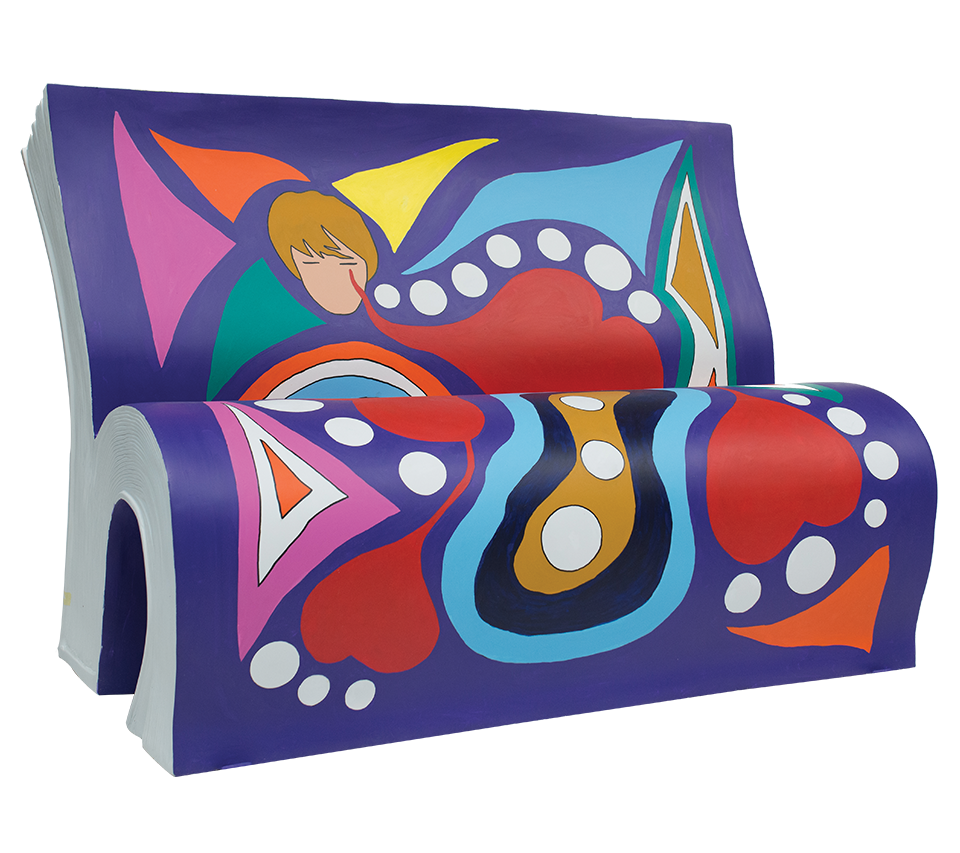 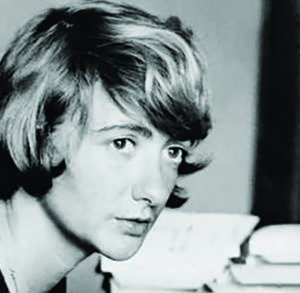 « Adult, spoiled by success, she will remain like a little androgynous Tom Thumb, who sows cigarette holes all over her passage » wrote Tristan Savin. Françoise Sagan becomes famous at 18 in his first novel, Bonjour tristesse, published in 1954 from which she borrows the title to an Eluard verse.
After marrying and separating from publisher Guy Schoeller, she remarries with an American model, Robert Westhoff, whose she has a son, Denis Westhoff, in 1962. Françoise Sagan wrote a twenty novels: 30 million books sold in France, translated in 15 languages, some plays, news, scenarios, biographies and even songs. His favorite themes : easy life, fast cars, bourgeois villas, the sun, the break, a mixture of cynicism, sensuality, indifference and idleness. Spendthrift, extravagantly generous with those she loves and all those who asked for help, she burned her life by all ends. She met great people, from Greco to Mitterrand through Sartre. In 1998, the novelist wrote her epitaph «Sagan, Françoise. Made her appearance in 1954, with a slender novel, Bonjour tristesse, which was a worldwide scandal. Her disappearance, after a life and a work equally pleasant and sloppy, was a scandal only for herself. »

Cecile, who has just missed her baccalaureate, spends the summer of her 17 years in a beautiful villa on the French Riviera with her father Raymond and his young mistress, Elsa. On the program: sun, swimming, tanning, reading and parties. The mood changes radically when Raymond announces the arrival of Anne. She is a different woman, who appreciates culture, good manners and intelligence. Upon arrival, a subtle fight begins between the 3 women, which will end dramatically … 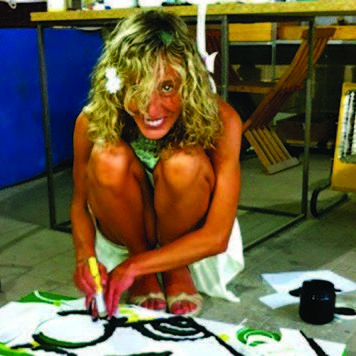 Valeria Attinelli defines herself as a cheerful, compulsive depressive. The lovely, intelligent artist associates each one of her emotional states with the color that seems to correspond to her state. Light, color, movement are really the materialization of her own energy. On a background of joy and optimism, all of Valeria Attinelli’s works speak of a woman who is free despite society’s conditioning. Since 2001, Valeria Attinelli’s creations are part of many private collections in France, Spain and North America. One of her works was recently acquired by the SACEM as one of the «works representing contemporary art.» Valeria chose Françoise Sagan because she likes liberated women who fully live their emotions, which are always explosions of life.